In 1974 he was awarded a contract to teach private law at the Faculty of Law in Bologna and began teaching also at the Universities of Ferrara and Modena. He was then appointed as a lecturer at the University of Calabria.

In 1984 he won a public competition and was appointed Professor of Labour Law and Italian and Comparative Trade Union Law at the University of Modena, in the Department of Business Administration. From 1987 till 2002 he held the post of Full Professor at the Faculty of Economics at the same university.

“The ascent of Marco’s career dates back to the early 1990s. He then held numerous prestigious professional positions in Italy and abroad. His constant presence in the European institutions was a tangible sign of his well-deserved reputation as a comparative and industrial relations scholar. His first essays where he experimented with method and dogmatic rigour attested to his ability to deal with complex issues and gave testimony that Marco was not and could not be a traditional lawyer as his thinking extended well beyond traditional schemes. It would have been a mistake and a limitation of his natural inclinations if he had been induced to renounce his interests for comparative law […] That was his authentic vocation imprinted in his DNA: born a comparative European ante litteram, that road has reached prestigious goals, earning esteem and consideration, especially among those European colleagues whom Marco involved every year in the Modena Conferences. Marco’s growth was not sudden and makeshift: he achieved his goals through day-by-day work. A tireless worker, an extraordinary organizer: Marco was a volcano of ideas, projects and initiatives“. [Luigi Montuschi, Marco’s “mission”, Industrial Relations Law, n. 2/2002, 154]

In 1991 he founded the Centre for International and Comparative Studies at the Department of Business Administration at the University of Modena, launching an innovative research model in the field of labor and industrial relations. From 2000 a group of young scholars and collaborators began to carry out research at the Centre.

In the early 1990s he was appointed as a Consultant to the European Commission Directorate General V (Industrial Relations and Employment). He also started to collaborate with the European Foundation for the Improvement of Living and Working Conditions, in Dublin, and was nominated as the Italian correspondent of the Japan Labour Institute.

In 1993 he became the labour law and industrial relations columnist for Il Resto del Carlino, Il Giorno, La Nazione and Italia Oggi. From 1995, together with Luciano Spagnolo Vigorita he was co-director of Diritto delle Relazioni Industriali, published by Giuffrè. From 1995 onwards he was labour law and industrial relations correspondent for Il Sole-24 Ore. 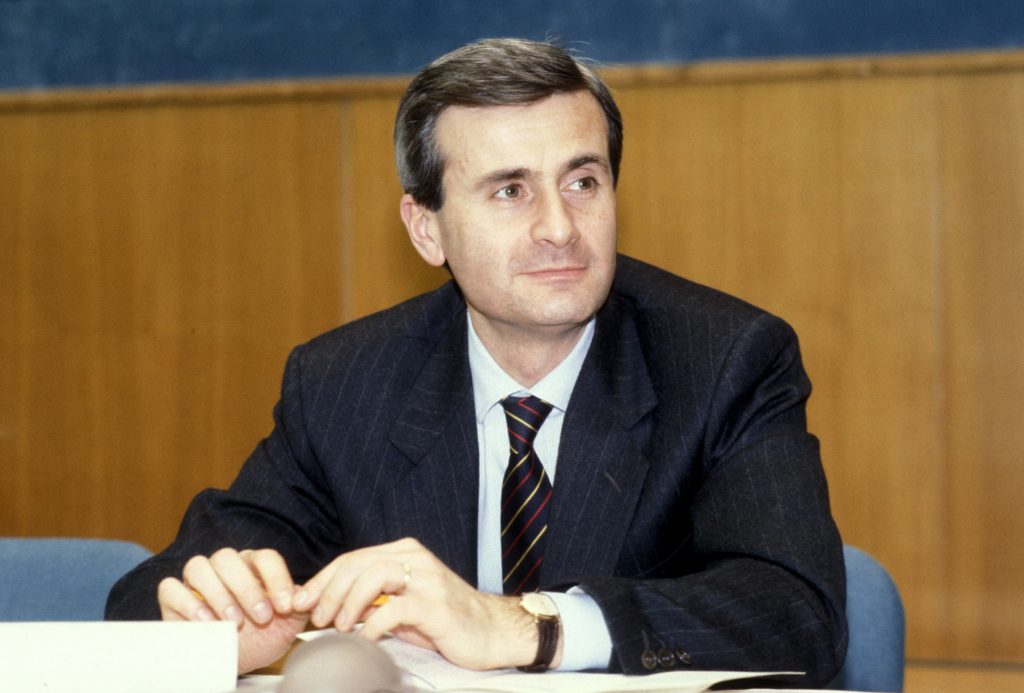 In this setting another of Marco Biagi’s characteristics became evident: his ability as a great communicator and mediator. “He believed in dialogue, in the power of reason, in the fruitfulness of confrontation, without prejudices and ideological obstacles. He considered himself a servant of the State, not of a political party: perhaps he naively thought that the purpose he set for himself, the dream he wanted to achieve, would protect him from criticism. So in the aftermath of the tragic end some people tried to exploit his thinking, to draw from it some contingent utility, making him to appear a determined man, an intransigent interlocutor, incapable of recognizing priorities, of selecting needs and, above all, to understand that the great dream of the modernization of labour law is impossible to achieve if social consensus is lacking, even if dialogue does not start, if the opposition divides the country and fosters disagreement “. [Luigi Montuschi, Marco’s “mission”, Industrial Relations Law, n. 2/2002, 153].

In 1997 he was appointed as representative of the Italian government to the committee for employment and the labour market of the European Union, and was nominated as an expert by the International Labour Organisation to assist the government of the Republic of Bosnia-Herzegovina in drafting new labour legislation. In 1997 he was appointed as special advisor to the Italian Prime Minister, Romano Prodi.

At the end of 1990s he was appointed special advisor to the cabinet member for social services of Modena City Council (for the SERDOM project) and special advisor to Carlo Magni, the cabinet member in charge of labour relations for Milan City Council, drafting the Patto Milano Lavoro that was signed on 1 February 2000. This was an experimental project, supported by most of the social partners with the aim of providing employment services tailored to the characteristics and needs of a specific labour market. It was an initial attempt to promote employment opportunities for groups at risk of social exclusion.

This phase marked a turning point in Marco Biagi’s life, as following numerous threats that he received as a result of his public engagement, he was assigned an escort. This protection was inexplicably removed at the end of 2001.

“While the fragmentary development of Italian labor law was conditioned by the uncertain and contradictory end-of-the-century season, Marco was already projected into the new millennium, he also planned radical changes, thinking he should  ‘modernize’ not only to make companies competitive in European and global market, in line with the community impulses, but also to guarantee a better quality of life. Marco’s idea of ​​modernizing labour law, aligning it with the European standard, was wide-ranging: it concerned the labour market, training contracts, flexibility tools, social safety nets, the type (and regulation) of new jobs, policies to promote the re-employment of women: a complex and articulated set of rules, then transfused into the ‘delegated powers’ that the Government presented to Parliament” [Luigi Montuschi, Marco’s “mission” in Industrial Relations Law, n. 2/2002, 151-153].
Marco Biagi was active in the design and implementation of innovative projects also in higher education, and in 2000 he was appointed delegate for career guidance by the Rector of the University of Modena and Reggio Emilia

Marco Biagi lost his life in Bologna on the evening of 19 March 2002, at the age of 51, as a result of a terrorist attack by the Red Brigades. His research continues through the work of the Marco Biagi Foundation set up by his family and the University of Modena and Reggio Emilia.